Rex A E Hunt is a religious naturalist, progressive liturgist, and social ecologist. A retired Uniting Church minister, he was the founding Chair of Common Dreams Conference of Religious Progressives. Rex has authored and/or edited eight books, his latest being Season and Self: Discourses on Being ‘at home’ in Nature. He continues in a leadership role within progressive religion, encouraging others to 'push boundaries’. He lives on the NSW Central Coast (Gadigal Country of the Eora Nation). Rex is a member of the Common Dreams General Committee.

Rex Hunt is a 'grass roots' religious naturalist, progressive liturgist, and social ecologist.  He lives on the Central Coast (Gadigal Country of the Eora Nation) of New South Wales (NSW). Forty-six years ordained, first as a Presbyterian (1972), he is today a retired minister of the Uniting Church in Australia (formed in 1977), where his last placement was at the progressive Church of St James(2000-2009) in Canberra, ACT - Canberra being Australia's capital city, centre of national political life. He served in parish/congregation appointments as well as, for nine years, was the National Director of Communications with The Assembly, Uniting Church in Australia. 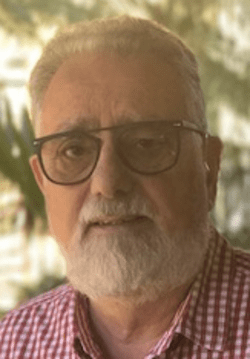