Rev Dr Margaret Mayman is minister at Pitt Street Uniting Church, Sydney. She was born in Aotearoa New Zealand and was ordained as a Presbyterian Minister in 1983. She holds a PhD in Christian Social Ethics from Union Theological Seminary in New York where she lived, studied and taught for 12 years. She was a parish minister in New Zealand for 18 years before moving to Sydney in December 2013.

At Pitt Street, Margaret leads a congregation that practices a ministry of inclusive hospitality and seeks to participate in the public square in the City of Sydney. Margaret enjoys bringing progressive religious and ethical perspectives into dialogue with the issues of the secular city. She has been involved in a number of social justice campaigns presenting a progressive religious voice on issues such as Marriage Equality and justice for refugees and people seeking asylum.

In 2010 she was awarded an international fellowship to the Kettering Foundation in Ohio where she researched faith communities' engagement in community politics.

Margaret has over 30 years experience in ordained ministry in congregational and academic contexts in New Zealand, USA and in Australia. Her preferred model of church is a community of justice-seeking friends. As an ethicist, she is passionate about bringing Christian faith into dialogue with the issues of the secular city and has learned from experience that visible engagement with social justice is an effective means of evangelism.

Margaret is Vice President of Common Dreams & she has directed the team responsible for making the Sydney arrangements of the conference. 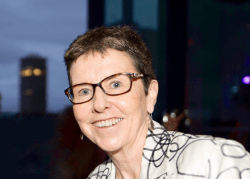