Rev John Smith is a recently retired Uniting Church minister who was ordained in 1974 in the Methodist Connexion.  John has had a varied ministry including, welfare management, chaplaincy and parish ministry. As a trained social worker with a Masters degree from Flinders University John is best known for his pioneering work with children, especially those in need of care and protection, including young offenders.  His pioneering work in assisting adults who have intellectual disabilities to become accepted and recognised for their abilities, has received national recognition.  John was a welfare service manager for 27 years.

He writes articles on the historical Jesus for faith communities and has co-edited with Rex Hunt on “Why Weren’t We Told? A handbook on progressive Christianity,” as well as “New Life Rediscovering Faith: Stories from progressive Christians”. His most recent book “Honest To GOoD Discerning the Sacred in the Secular” is the story of his personal journey in search of spiritual wholeness with intellectual integrity.

John’s elective, Jesus and the Transforming Influence of Friendship, is in presentation/lecture format including twenty minutes of open discussion, comments and questions from the audience.

This presentation will provide information on the values of the historical sage Jesus of Nazareth.  Followed by the social evils that confront our society in this present day.  The presentation will be followed by 20 minutes of open discussion. It will analyse the difference between a “progressive Christian” approach to understanding the message of Jesus as opposed to a conservative orthodox Christian understanding of a message about Jesus.  This will be achieved by reflecting, not only on the words and actions of the historical Jesus, but by examining the values of compassion and acceptance shown in his relationships with the people he meets.  The practical application of these values will then be compared to the values held by western civilization and in particular those values reflected by Christian orthodoxy.  The values that will be explored are our response to the problems of: racism, homophobia, Islamophobia and anti-Semitism, the Australian government’s treatment of refugees & asylum seekers, sexism: (including domestic violence and abuse of women generally), social class and economic inequality. Finally, the session will address how these values can be challenged and changed through the transforming influence of friendship as shown in the life of the sage Jesus of Nazareth. 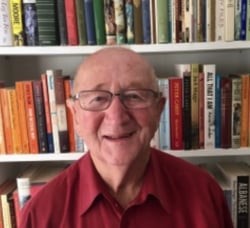