Gregory Jenks is an Australian religion scholar and Anglican priest, currently serving as Dean of Christ Church Cathedral, Grafton.  Prior to his appointment as Dean of Grafton, Greg was Dean of St George’s College in Jerusalem. Greg is a Senior Lecturer in the School of Theology at Charles Sturt University and the Coin Curator for the Bethsaida Archaeological Excavation in Israel.

Greg was closely involved in the founding of Common Dreams in 2007.

He is an active adopter of social media for parish ministry, including connecting with those are sometimes described as spiritual but not religious (SBNR). Many of his sermons and workshops at Grafton Cathedral are live-streamed for a wider audience as people wishing to review the material at a later stage.

Further details of his print and digital publications are available at www.gregoryjenks.com 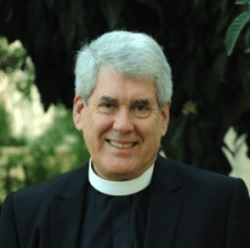